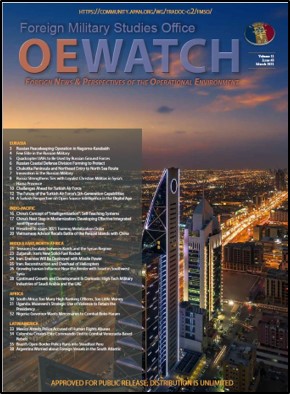 This OE Watch contains 26 foreign article reviews spanning over 22 different regions and countries covering Operational Environment topics from the foreign perspective for the US Army leader, development, training and education community, as well as others in governmental, analytic, and academic communities.

This particular issue can be downloaded directly at: https://community.apan.org/wg/tradoc-g2/fmso/m/oe-watch-past-issues/368233/download

Its Table of Contents is here: