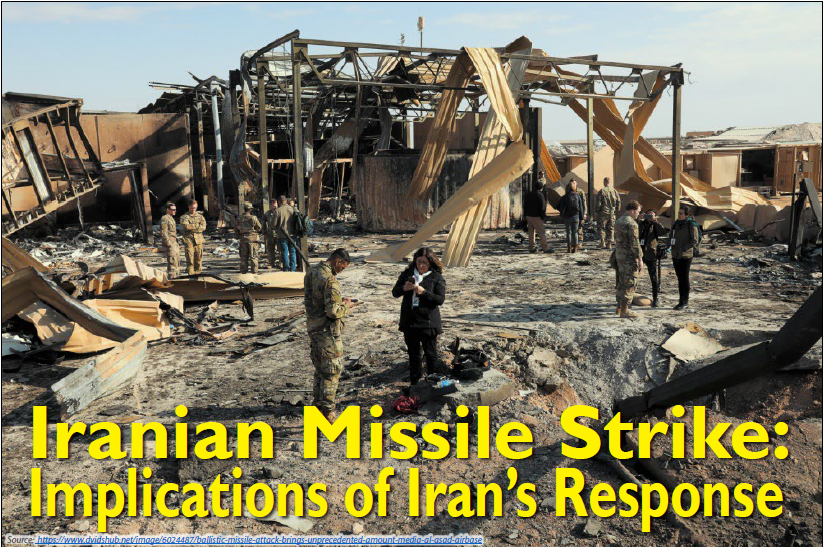 expansion, Iran’s IO gravitated online becoming a
covert alternative to military confrontation. State sponsored
proxies wage campaigns on social media to
spread pro-Iranian talking points in the Middle East and
abroad. Iran’s current online IO campaign will likely
enhance recruiting opportunities for state-sponsored
proxies and continue to attempt to sway regional and
global public opinion in Iran’s favor.
Conclusion
This crisis demonstrated how Iran can use a sliding
scale of options to respond to perceived US aggression.
It also showed how a regional adversary can rapidly
move seamlessly back and forth from competition to

crisis challenging the US Army. After the Soleimani
strike, Iran employed information operations in an
attempt to control the narrative both regionally and
globally in their favor. Iran’s SRBM attack on US forces
in Iraq demonstrated the vulnerability of fixed facilities
to the full spectrum of longer range, more accurate
weapons. For US adversaries, Iran unveiled US military’s
lack of preparation, details of passive defense measures
protecting combat troops and precedent to how the US
could respond when competition quickly transitions to
crisis. Iran’s response clearly indicates a capable regional
adversary with global reach, possessing capabilities the
US Army has not trained for during counter-insurgency
or counterterrorism operations.♦